My very first guest post in collaboration with my son as part of his assignment about California missions! 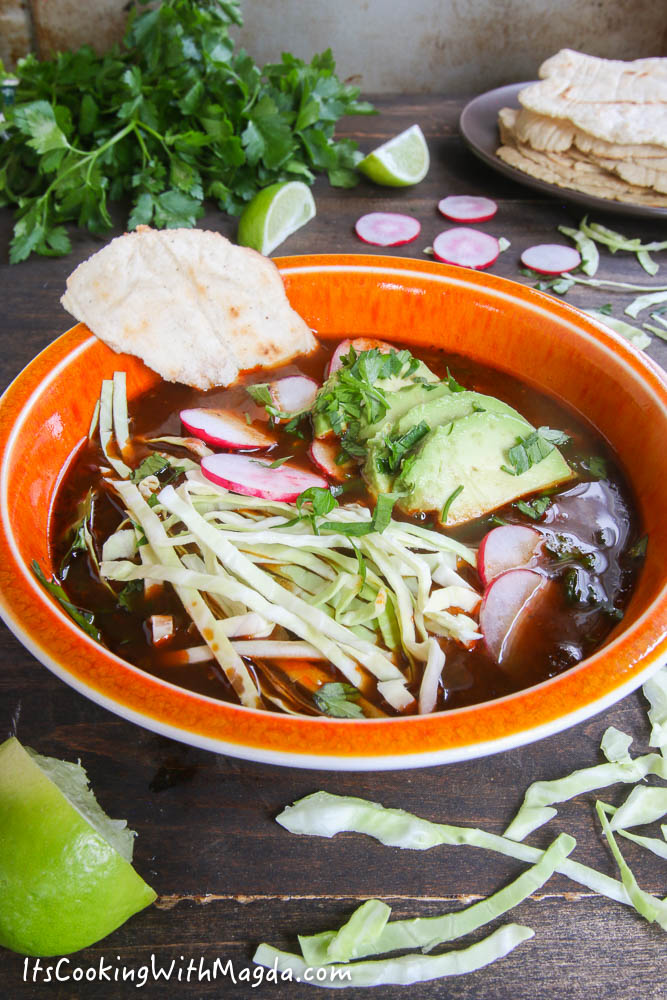 My older son has been learning about the California missions for the past several months. Recently, the kids were given an optional assignment to prepare and present in front of the class. Some of the ideas included creating an iMovie about the mission, building a model of a mission, making a sculpture, painting a picture or designing a mission in Minecraft. An idea that stood out right away to me was cooking few dishes from the mission era. It seemed great because it was something Ian and I could work on together. After doing some research we picked the staples of Mexican cuisine: corn tortillas and pozole rojo. I must say I was positively surprised to see how involved and interested Ian was. He participated in almost every step, really enjoying cutting the meat and trying to make nicely rounded tortillas without using the tortilla press. He even got a short tutorial about food photography. The food turned out really tasty and we all enjoyed it. I definitely see more cooking projects in our future!

Here is what he wrote:

The food of California missions was a combination of Native American dishes and recipes brought by missionaries from Mexico. Native Americans gathered seeds, nuts and local plants and hunted for meat. When the missionaries came, they brought ingredients, recipes and techniques from Mexico, which was called New Spain then. Over time the food from both cultures changed and was fused together creating the style of food we now eat here in California. Obviously most of the food at the missions was not very complicated because there was not a lot of technology back then and it needed to be easy to make and remember. So, for this project my mom and I picked Posole and corn tortillas.

Masa, the Spanish word for “dough,” is the traditional dough used to make corn tortillas. It is made with hominy, or dried corn kernels. In a process called nixtamalization corn grain is dried, then soaked and cooked in an alkaline solution of calcium hydroxide, called limewater. The treated kernels are then dried again and can be used in soups or stews. After grinding, the treated corn kernels turn into masa harina (soft flour). Mixing masa harina with water will turn it into masa or dough that can be used in making tortillas, tamales, or fritters.

2. Using your hands make between 14-19 balls the size of a ping-pong ball. Then, using a rolling-pin or a heavy pot, flatten each ball until it is about 6 inches in diameter and round it. If you have a tortilla press you can use it.

3. Finally, put it on a very hot skillet or griddle and cook them on the stove, about 2 minutes per side. When the edges curl up and the bottom has small brown spots flip it over. 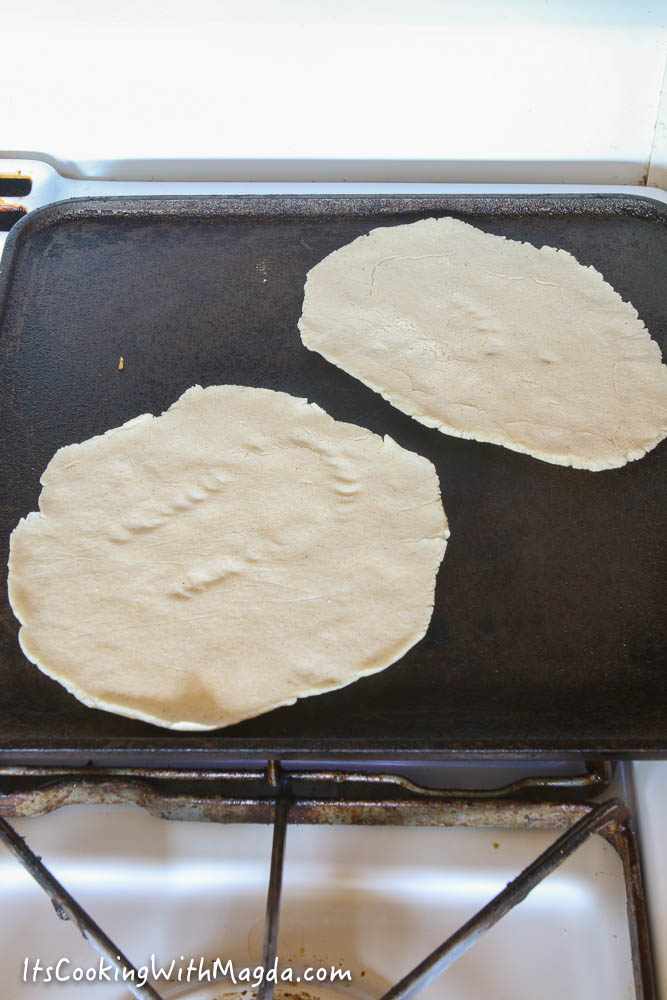 4. Wrap hot tortillas in a clean kitchen towel until ready to serve. Serve hot or at room temperature.

Pozole is a traditional stew or soup from Mexico. Pozole was mentioned in General History of the Things of New Spain (c. 1500) by Bernardino de Sahagún. Since corn was a sacred plant for the Aztecs, pozole was made for special occasions.

The stew can be prepared in many ways. All variations include a base of cooked hominy and pork in broth.

There are 3 types of pozole: red, green and white. The red version is made with red chilies, green has ingredients like tomatillos, jalapenos and cilantro, and white doesn’t have the red or green sauce.

3. Next cut your meat into cubes. Sprinkle with salt and add to hot skillet. Cook until brown. Add chopped garlic and stir well. 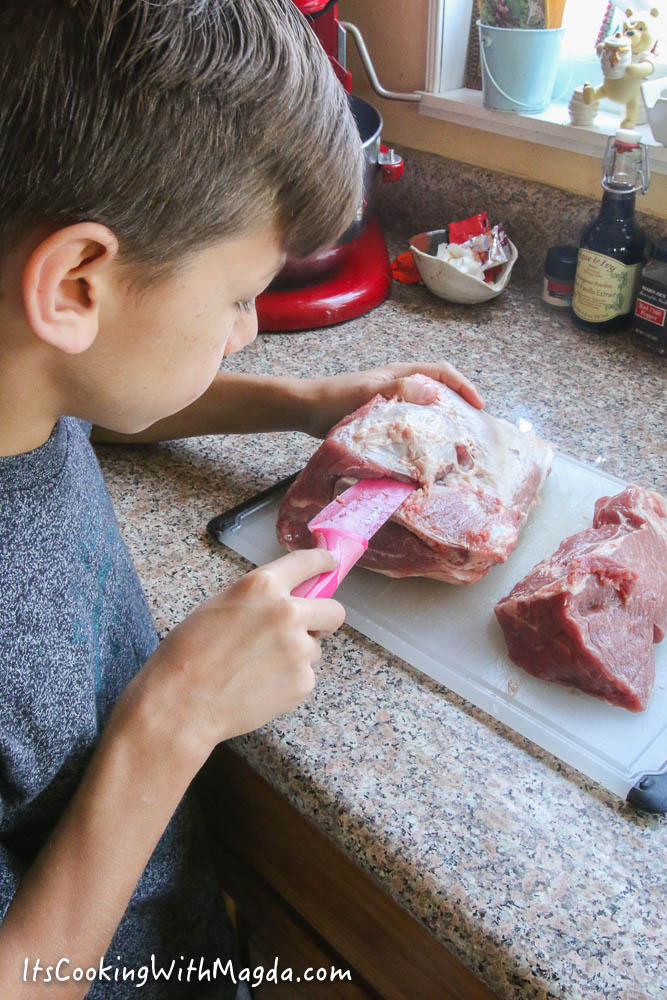 4. The water should be boiling by now so add the meat to the water. Add hominy to the water as well. Then add the spices: bay leaves, cumin, oregano and salt. Bring everything to a boil, then lower the heat and simmer for 15 minutes. Add the prepared chile sauce to the pot and cook on low heat for 2-3 hours. Taste the soup and add salt if needed. 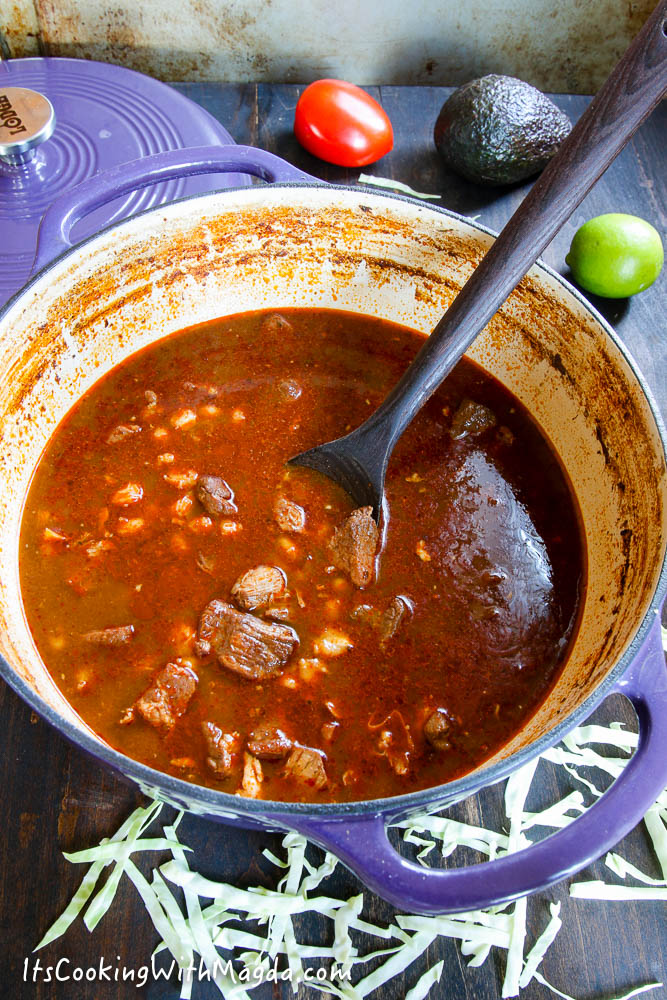 Serve the soup with a lot of garnishes like sliced avocado, radishes, cabbage, chopped cilantro, lime wedges and tostadas.